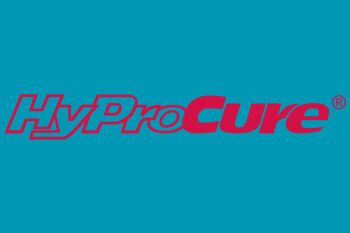 Your feet are the foundation of your body and when the arch collapses to the ground due to improper alignment, it affects your structure above. The adage, the foot bones connected to the shin bone is tried and true. When the arch collapses to the ground, not only do the ligaments and soft tissues of the foot gets strained but the tendons around the ankles as well as the shin gets strained. In addition, when the arch collapses to the ground, there is an internal rotation of the leg bone causing the knee to face inward. This in turn creates stress on the knee joint and to the patella, whereby it rubs improperly in its groove on the knee causing increased pain. Therefore, it is of significant importance to align the feet correctly. The HyProCure is a small titanium metal thimble-looking implant that is placed into a void under the ankle bone (talus) within the sinus tarsi to help support and stabilize the talus bone from collapsing upon the calcaneus (heel bone). The HyProCure implant thereby realigns the rearfoot allowing the foot to push straight forward as opposed to collapsing midway through one's stride.

Collapse of the rearfoot is referred to as “talotarsal displacement”, which causes internal rotation of the ankle bone, resulting in an imbalance of weight throughout the foot, which transfers up the leg. Once the leg bone internally rotates, the knee is malaligned, often causing a multitude of problems to the hips and low back.

The most common complaint from a child with this condition, is that of fatigue or achiness in the feet, arches, or legs. Often times, the parents observe their child to run slowly and with a poor gait. The optimal child's age of implantation is between the ages of 7 and 13, while the foot bones are still developing.

In adults, the most common complaints of those suffering from talotarsal displacement are arch pain, painful bunions, chronic plantar fasciitis, and chronic knee, hip, and low back pain. In these scenarios, the HyProCure may be used by itself to restore foot alignment or in combination with other procedures designed to reduce a flat foot or a foot that points outward.

At Active Foot & Ankle Care, we fabricate orthotic devices in our office and later on take a three-dimensional scan for custom orthotic devices. Orthotic devices are supportive, not corrective. Just like eyeglasses, when the devices are worn, they work. In some cases; however, orthotic treatment is helpful but not enough, and the HyProCure procedure is then offered. This is done under light anesthesia at a surgical center or hospital. The procedure is performed under direct fluoroscopic visualization and typically takes 20 to 30 minutes. The success rates when the HyProCure implant is properly applied, are proven to be higher than 90% backed by extensive evidence-based scientific papers. Once the procedure is performed, the patient is placed in a CAM walker boot cast. Crutches are utilized for the first two weeks to assist in ambulation. The patient then walks full weightbearing in the boot up until week three at which time they return to athletic shoes. HyProCure healing takes approximately four to six weeks. After this time, running or other exercise activities are usually allowed. Should your child or someone you know benefit from this procedure, please contact our office to schedule a consultation.